The holiday season is officially over, and I have yet to start my Christmas do-over. My work schedule was supposed to slow down, but I’ve been receiving extra hours & shifts. On one hand it’s a nuisance because I was looking forward to days of rest, but on the other hand I desperately need the money. I can no longer afford to “play” instead of work, which is why kids should never be in a hurry to grow up. Adulthood isn’t all bad, but it definitely isn’t as carefree as childhood. Anyway, I’m not here to rant about the struggles of adult life. I was blessed with a couple of days off from my retail job so I’m taking full advantage. Yesterday I did nothing, and it was pure bliss. I may have snuck in an hour or two of work in the evening, but most of the day was dedicated to binge-watching El Barco. After a refreshing night’s sleep, I started the day with a pumpkin frappuccino & a pumpkin bagel. I am currently watching season three, episode one of El Barco and blogging with my new Elretron typewriter. It uses Bluetooth to connect to my iPad, but the keys look, feel, & sound like I’m back in the 1800s. I get the best of the old & the new! I never invest in anything on Indiegogo, but this one time I’m glad I did. Once I’ve used it consistently, I will be putting together a full review so watch out for that. I go back to work tomorrow so I’m off to enjoy the rest of my semi-lazy Thursday. If you’re still on a holiday break/vacation, enjoy the rest of your time off. :)

Today is November 5th a.k.a. the date of my birth. In honor of this special day, I want to tell you a story. There has been a lot of discussion in recent years about doing more to combat prejudice. During my family’s recent vacation, I witnessed a moment that touched my heart in an unexpected way. My dad, brother, and I wasted no time in checking out the pool once we arrived at our hotel. Right before we left, a trio of teenage girls walked by, each appearing to be of a different ethnic background. There was also an older couple, possibly in their fifties, sitting near the gate. I mention age and race for a reason so stay with me. The girls saw the couple and immediately lit up, saying hello and sitting down to talk; they even took some selfies together. I watched long enough to deduce that these five people were acquaintances because of the hotel. Age didn’t matter. Race didn’t matter. They were able to find things in common and establish a relationship. It is easy to get caught up in the news and feel weighed down by the negative all the time. I want this story to be a reminder of the good in this world as well as a beacon of hope. Please hold on to the positive, no matter how small, because it does exist. ❤️ 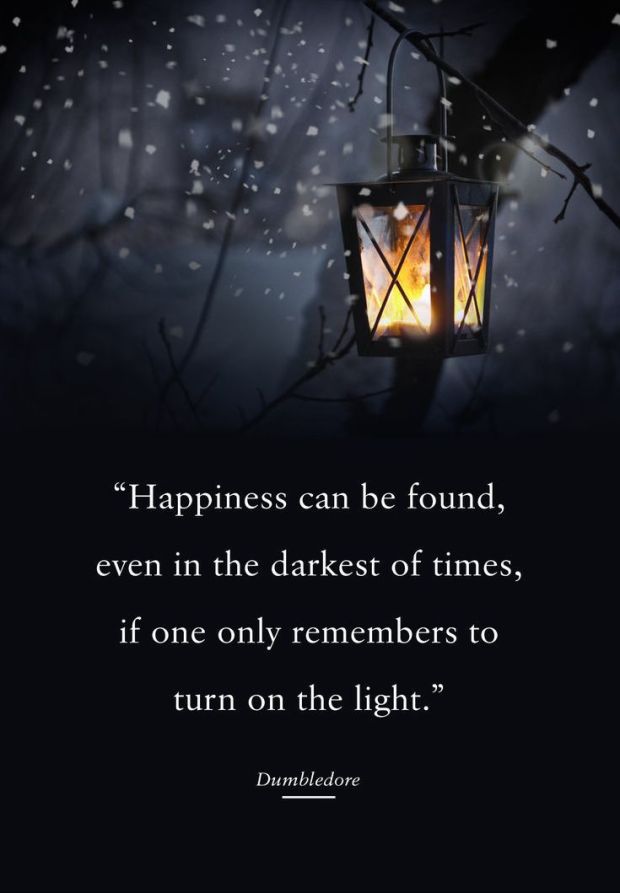 There is a time and a place for everything.  I am the first person to speak up if I think political topics are being discussed through an inappropriate medium.  Certain subjects are too much for kids to process at a young, immature age.  Zootopia deals with bullying and prejudice, two issues relevant to to this day and age.  Brava to the cast and crew because the subject matter is palatable for kids and poignant for adults.  The concept will keep kids’ attention while the story plants questions and leaves a lasting impression.  Why can’t bunnies be cops?  Why can’t foxes be trusted?  Do all predators have to be isolated because they are carnivorous by nature?  Prey and predators have been living together peacefully in the city of Zootopia for decades, but cases of predators reverting back to wild behavior create panic and tension.  The citizens start looking for the worst in each other rather than considering that evil intentions are at play.  This movie had me hooked from start to finish.  I highly recommend it both as entertainment and a teaching opportunity. 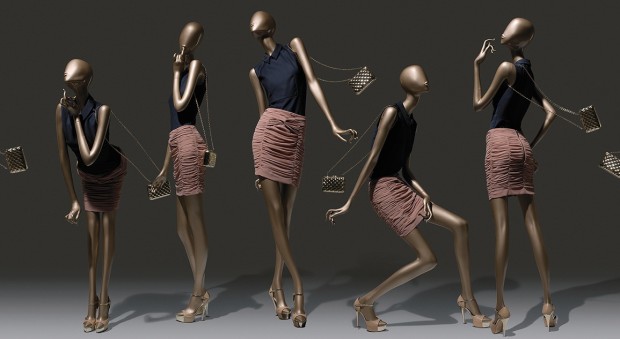 We live in a world where the majority of the population, male and female, struggle with negative body image.  I want to do my part and encourage all of you with a humorous story.  I work in retail, and part of my job involves dressing and undressing mannequins.  Two weeks ago, I was approached by a customer interested in a pair of jeans on a mannequin.  I checked the tag for a size and was able to find the same jeans folded on a display.  I saved time not undressing the mannequin, but I had to unzip the pants to find the tag so a touch-up was necessary.  Easier said than done!  I had to squeeze the life out of the waistband to button the pants.  Next time you look at a mannequin and feel negative about your body, remember this: Even mannequins have a hard time squeezing into skinny jeans. ;) 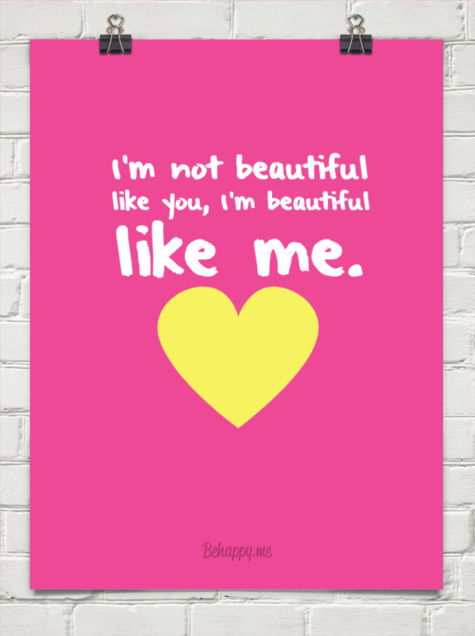 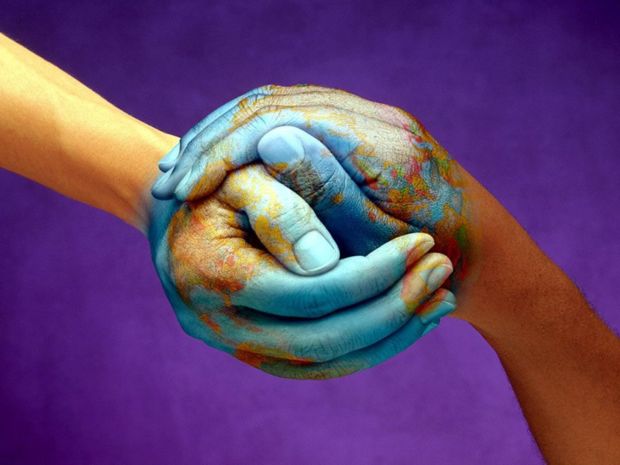 You might be thinking “I don’t hold a position of power.  How can I be effective and help eradicate prejudice?”  You can talk and keep the conversation going in a civil manner.  You can also take action.  That doesn’t mean becoming a one-person revolution.  It can be as simple as looking someone in the eyes and smiling.  I want to share a story with you that furthers my point.  Read until the end and keep an open mind. :)

Thank you NikkieTutorials for sharing!  Why is Natasha Howell’s story important?  The tragedies that have taken place are heartbreaking, and our reactions dictate the future.  Reacting in anger and causing a divide changes nothing.  If each and every one of us does our part to treat people with kindness, those small puzzle pieces will create a chain reaction and fit together to create something big.  Perhaps I’m a bit naive, but I truly believe the people who care about unity outnumber those who allow prejudice to affect their attitude.  You might be one person in a big world, but it is better to make a difference in at least one person’s life rather than stand by and do nothing at all.

I want to share a video that was posted on Facebook today.  It made me cry, but it also made me happy and hopeful.  You might know Candace Payne as “Chewbacca Mom.”  In this moment, it doesn’t matter what your personal opinion is regarding her claim to fame.  What matters is that she continues to use her newfound platform to make people smile.

“For God so loved the world that He gave His one and only Son, that whoever believes in Him shall not perish but have eternal life.”

“My command is this: Love each other as I have loved you.” 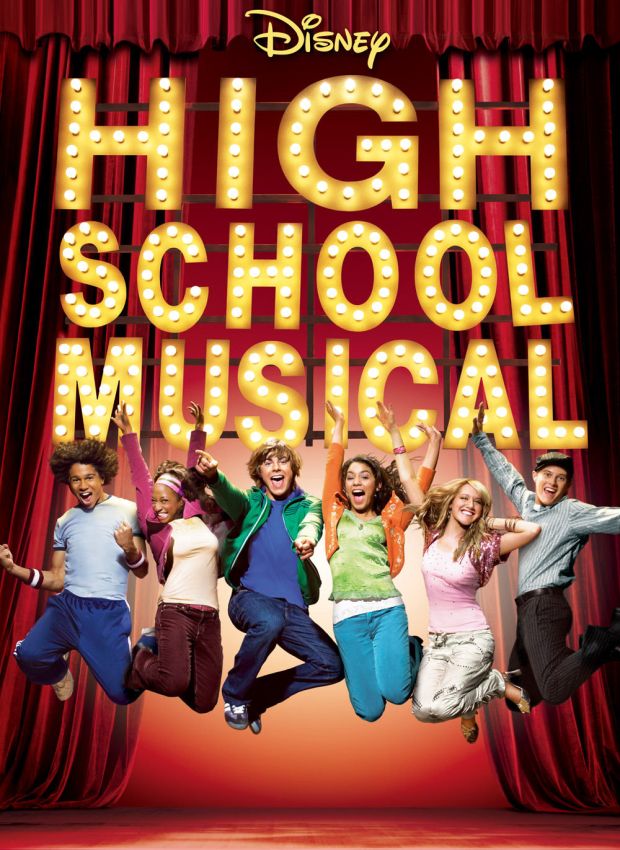 I can’t believe it!  Today is the ten year anniversary of “High School Musical.”  I just finished watching the cast reunion on Disney Channel.  I am so glad they maintained close relationships with one another.  I had a huge, goofy smile on my face listening to them reminisce.  HSM was a HUGE part of my childhood, and I want to take a trip down memory lane to share with you my most vivid memories.

2.  I freaked out when the music video mentioned above premiered.  It was an extra song featured on the soundtrack but not in the movie.  I watched it to death!  It also fed my suspicion that “Zanessa” was real. 😍

3.  Seeing Zac Efron sing in the music video strengthened my belief that he sang in HSM.  He didn’t, but I believed and fought for him until the 2nd movie came out (he sang in the last 2 movies).  I’ve learned to live with it. 😂

5.  I believe this happened in either 2009 or 2010, but me and my dance friends put together a big sleepover complete with food, games, and a “High School Musical” marathon.  There was a lot of squealing, laughing, singing, and crying.

6.  Every time we did jazz squares in dance class, me and my friend Katie would look at each other and quote: “It’s a crowd favorite.  Everybody loves a good jazz square.”  Every time without fail!!  Nailed it.

6.  Up until 2010 (the big bad Zanessa breakup), I followed the cast’s every move.  They were the BIG Disney celebrities of the 2000s.  I wouldn’t say I was obsessed, just genuinely curious and in awe.  I think every young girl goes through that phase.  I looked at every publicity photo, listened to every solo and group song, and read every magazine.  I also want to clear up that the breakup wasn’t the reason I lost interest.  I still look up the cast from time to time, but everybody grows up and leaves behind the things of childhood.

Only Ms. Darbus could pull off these quotes:

*Chad is playing with a basketball at his desk*  “Mr. Danforth! This is a place of learning, not a hockey arena.”

“Holidays are over people.  Way over!!”

“This school is about more than just young men in baggy shorts flinging balls for touchdowns.”

“The theatre is a chapel of arts, a precious cornucopia of creative energy.”

“It’s called crime and punishment, Bolton. Beside, proximity to the arts is cleansing for the soul.”

Say it loud, say it proud: