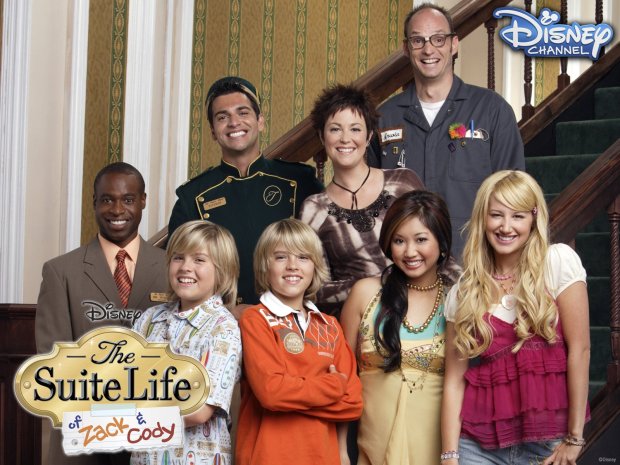 I feels so basic saying something that’s been shouted at me almost my whole life buuuut……hey now, hey now✨

👁 Spotted: Alyson Stoner! We’ve all envied her dance moves since the early 2000s. I still can’t move like her. 😂

S1E2 – The Fairest of Them All

Another familiar Disney Channel face is Matt Winston; he played Hannah Montana’s fashion designer Fermaine. This time around, he was pageant host Tim.

This is my FAVORITE non-franchise Disney Channel original movie. It stars not only Brenda Song & Danielle Panabaker but also baby Taran Killam. Yes, THAT Taran Killam from Saturday Night Live. 😮

Fun Fact: Drew Seeley cameos as David, the hotel desk clerk. It is believed that he was Jordan Cahill’s singing voice. His voice was also used for Troy Bolton in High School Musical (only the 1st movie).

If you haven’t already guessed, today is all about Disney Channel queen Brenda Song. 👑

Anyone else have a HUGE crush on Shin Koyamada back in the day?? Since we’re on the subject, I’ll also admit to crushin’ on Justin Chon. *sigh* 🥰

Even though this movie is about a Chinese family, I think it’s important to note that Brenda is Hmong & Thai; Justin is Korean; & Shin is Japanese. 🇨🇳 🇹🇭 🇰🇷 🇯🇵

Final thoughts for the day: Yes, I did spend my day off from work working. But, it was raining, & I was watching Disney+ so I can’t really complain. 😂 I didn’t watch as many Suite Life episodes as I wanted to so don’t be surprised if it pops up again. Stuck in the Suburbs transported me right back to middle school squealing over the latest popstar sensation. I mean, I still wish Jordan Cahill was real. 😍 Ending the day with Wendy Wu has me feeling like a kick-butt warrior who could go out right now & save the world. Show me a villain! 💥 I’m off from work again tomorrow so buckle up for day 10. I see a princess or two or three in my near future. 👸