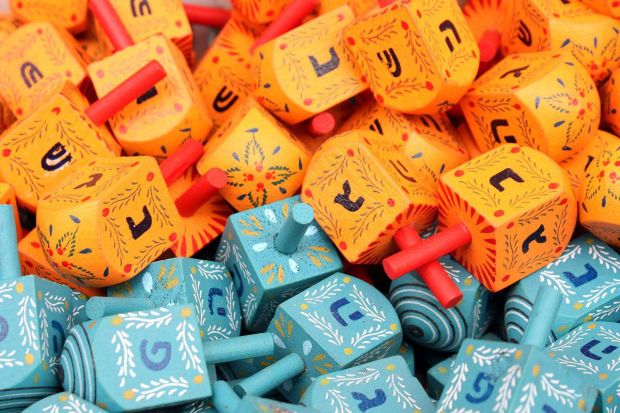 Let’s ignore my slacking and move on to my Hanukkah tale:

For Vlogmas, I wanted to film a few Hanukkah-themed vlogs including a video on how to play dreidel. I dug through my memory chest to get my trusty old dreidel from a VBS years and years ago. I was surprised to find it missing but figured it must have been placed elsewhere in the chest. After a thorough inspection, I became slightly more frantic. Fast forward a few days later. I checked the chest one last time before trekking out to the garage; I was on the hunt for the backup dreidel stored with the Christmas decorations. I carefully went through each box which is no easy task when you’re paranoid about dying from black widow bites. I will now add some holiday humor to describe the fruit of my labor (or lack thereof): I rolled the dreidel, and it landed on nun. Two identical dreidels mysteriously missing when needed most. Target did come to my rescue, but I still can’t believe I had to buy TWELVE dreidels. Is it really that hard to sell one all by itself?? At least it was only $3. 😑