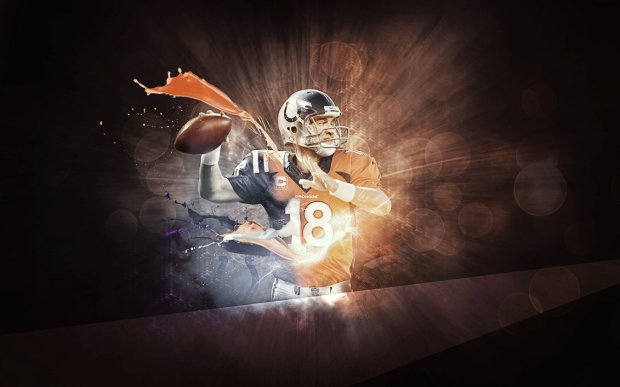 I’m going to try and get through this without crying.  I am super weird and emotional when it comes to sports so please excuse me if this turns into a blubbering love fest.  I could do the expected and list Peyton Manning’s stats, but I think we all know what he did for the National Football League on the field.  If you don’t know, get out!!!  I honestly don’t remember when, why, and how I became a Peyton Manning fan.  I just remember being a fan (he was still on the Indianapolis Colts).  Because of him, the Colts became my honorary #3 team behind the Denver Broncos and New York Giants.  His skill and leadership were mesmerizing.  How could I not be a fan?!!  When he became a Bronco, I flipped out.  Best.  News.  Ever.  It wasn’t the smoothest road to win a Super Bowl, but the entire team put in work and made that happen.  Peyton wasn’t his usual self, but I don’t think it’s an accurate statement to say he did nothing.  If you deny the effect his leadership has on players, go back and watch footage from the San Diego game in which he replaced Brock Osweiler.  I mean no offense to Brock because he stepped into Manning’s shoes and led us to the playoffs.  But, when Peyton stepped onto the field and took his rightful place with the team, the change was palpable.  The players woke up, picked up the pieces, and finished the game with energy.  Now look where they are:  Super Bowl Champions!!!  I was worried because Peyton took his time making the decision to retire.  I can’t even imagine how difficult it is to let go and walk away from something that has been your life for 18 years.  However, it is the right time, and I’m glad he realized that.  He is too great a player to come back and have one more mediocre season.  Take the Super Bowl ring and run.  What a way to go out!

Manning left a mark on and off the field:  the way he carried and expressed himself, the standard he set for himself and the players around him, and the impact he made taking advantage of his position and success to bless others.  The only reason (crazy) people hate him is because he’s so respectable.  They hate that there is nothing to hate about him!  There will always be a Peyton-shaped imprint on the NFL.  Will there ever be a better quarterback?  Maybe.  Will there ever be another Peyton?  No because Peyton is Peyton.  It would be impossible to name all of his stats and records so here are a choice few:

This is a bittersweet day.  It is sad to know I have watched Peyton Manning play professional football for the last time, but it was an honor watching him play all these years.  Thank you #18 for 18 years of top notch football!!

2 thoughts on “Thank You Peyton”